history of the company

Eram Shimi Company of Azerbaijan with high goals in achieving self-sufficiency, cessation of dependence and employment with committed and compassionate forces was founded in 72 in Shahid Salimi industrial town and in year 74 with nominal capacity of 11000 tons per year by Minister of Industry. Mr. Nematzadeh’s mines and mines were then opened and operated by respected local officials, which was upgraded to 27,000 tons a year in the year 79, to the point where most electricity distributors, transducers and others are now Foreign companies are clients of this company. In recent years, the company has manufactured various types of industrial oils and solvents. The most important of these oils are electrical insulation oils (transformer oils) which for the first time in Iran comply with IEC-60 296, BS-148 and National Standard 2661 of Iran. The company has been equipped with the necessary technology and qualified experts and has been able to adapt its products to the latest international standards and has received quality approval from several foreign companies as well as from local authorities such as oil and quality research institutes. And supply the oil needed by various industries. Azarbaijan Chemical Company of Azerbaijan is proud to be the leader in the production of high quality electrical insulating oils and its products are superior to similar foreign oils without causing environmental problems.

Azarbaijan Chemical Company of Azerbaijan has ISO 9001 – 2009 International Certificate in JAS-ANZ.
The Joint Accreditation System of Australia and New Zealand is registered and can be traced

In addition to electrical insulation oils, the products of Aram Chemiej Azerbaijan Co. include various types of industrial paraffins and soluble oils such as soap water, castor oil, spindle oil and turbine oil, as well as the types of industrial solvents and other oils requested by customers according to the analysis and sample obtained from them.

The company is proud to be the leader in the production of high quality electric oils and its products are superior to similar foreign oils without causing environmental problems.

Azerbaijan Chemistry Company has been able to meet the needs of 46 electricity distributors in its subsidiary cities and districts in 30 countries and major trans-generating companies including Koushkan and Iran Transfo (which has so far provided 20,000,000 liters). Trans repairer such as twisted wire and birch wire and electric strings and Fars key …… and gas companies throughout the country.

Since its inception, the company has not only supplied oil to power distribution companies and other companies since its inception, due to its well-equipped laboratories and capable forces providing laboratory services and consulting in the field of petroleum, and its only pride. He considers customer satisfaction and prides himself on having such an inexhaustible capital.

In the end, with the approval of Almighty God and the continuous efforts of the specialists of the company, we hope that Azerbaijan’s Eram Chemie Company will shine like it did in the past in the electricity industry ring. 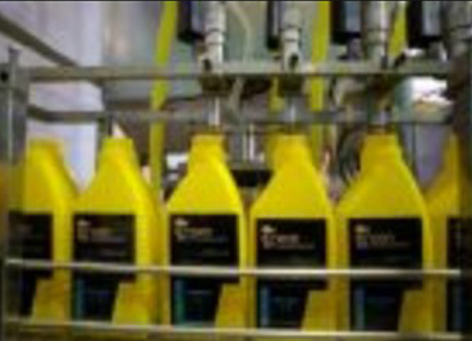 Distribution and refining of petroleum products

Ministry of Industry, Mine and Trade